Today I’m posting the second in my series about 1904, the time period for my YA novel FAITHFUL. (For the first post, see here.)

Maggie’s father tells her that he is taking her across the country on a pleasure trip. In 1904, the best way to travel was by train. Maggie and her father would have traveled in first class, in a Pullman compartment, with sleeping quarters. The steam-driven locomotive made the voyage across country in only a few days. 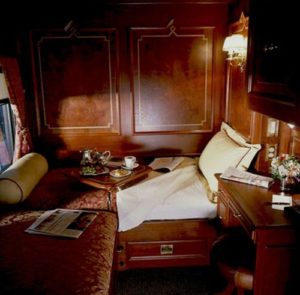 On the way, Maggie recounts that they stopped to take in the Louisiana Purchase Exposition, also known as the St. Louis World’s Fair. The Fair was a marvel of architecture and display, of art and technological advancements. It’s popularly thought that the ice cream cone was invented at the Fair – certainly it was a popular treat eaten by fairgoers. Over 1500 buildings were erected on 1200 acres, and 62 nations participated, introducing the American visitor to oddities from around the world.

For a retro glimpse of the Fair, take in the 1944 Judy Garland movie Meet Me In St. Louis:

By 1904 electricity was in use in most cities, and the Fair even boasted the Palace of Electricity, which was described as follows: “Dynamos 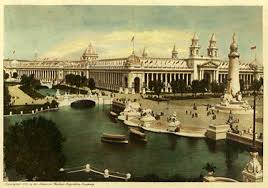 and motors of many kinds and new electrical machinery for a multiple of uses may be seen in operation.  Definite progress has been made during recent years in the use of electricity in the treatment of diseases.  How it is thus used is illustrated with X-ray apparatus and the famous Finsen light.  The progress in electric lighting and the use of electric power is shown.” Thomas Edison had not only perfected the electric light bulb, but had begun to develop the modern electrical network, which changed society forever.

Once Maggie arrived in Livingston, she and her father stayed at the Murray Hotel, which still exists. Some rooms at the time featured a relatively new luxury – en suite baths. The Murray and Livingston itself have changed little in 111 years. 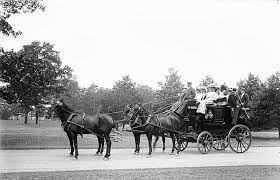 From Livingston yet another train ran down the Paradise valley to Gardiner, where visitors to Yellowstone National Park would disembark and catch a horse-drawn Tally-ho coach for the ride to Mammoth Hot Springs. The road follows the same path today as it did in 1904. In fact, while there have been changes in the Park, much of what Maggie experienced in 1904 remains today. More about that in an upcoming post.

2 Responses to “Trains and World Fairs: Progress in 1904”