If you need a bio or headshot for publicity purposes you can find them here: my 2021 bio, and my 2021 headshot (credit to Jodi Hausen)

I was born in New York City, but spent my grade school years in Illinois. My dad was an Episcopal minister, so we lived next to the church. I spent a lot of time in a quiet grassy corner of the churchyard reading and staring at the sky. My mom was a homemaker and she wrote many stories for children, which became my inspiration.

My younger sister built a gorgeous inn in the mountains of South Carolina, now owned and run by her son, called the Red Horse Inn.

When I was in third grade, my teacher, Mrs. Weber, secretly sent a poem I wrote to the town newspaper – and it was published. I was so excited to see my name in print that I decided I wanted to be a writer.

But my path to publishing wasn’t straight – in college I fell in love with geology, and went on to study oceanography, earning a master’s of science degree. I traveled to remote parts of the world, like the Patagonian Andes, and I sailed on oceanographic research ships, and even dove to the sea floor in the submersible ALVIN.

But always, I returned to writing. And when my son was born, I began to write stories for him.

The Study of Writing

Part of being a professional writer is learning about both the craft and business of writing, so I joined the Society of Children’s Book Writers and Illustrators (SCBWI). With what I learned from this talented group, I sold a children’s story to Spider Magazine (“Why Dragons Don’t Have Handkerchiefs”, 2003; read it here) and a non-fiction article to Highlights for Children (“Hot Spot”, 2004; read it here).

When my son went to middle school, he struggled with staying organized. I could see that there were lots of kids like him – and I discovered that there was no book for kids that would help – especially no book that would also make kids laugh. So I decided to write the book myself.

I sold GET ORGANIZED WITHOUT LOSING IT to Free Spirit Publishing (2006), and it has been translated into six languages – including Vietnamese and Flemish. A shiny new edition was released in 2017.

I taught middle school and high school English while I was mastering the skills I needed to write novels. I was lucky enough to land an agent at an SCBWI conference in 2005, and she sold my first two young adult novels, FAITHFUL (2010) and FORGIVEN (2011) to Speak/Penguin Young Readers, who also published my third YA, SIRENS (2012). My short story, “Jewels”, is included in a regional Montana anthology, A COUNTRY BOOKSHELF READER (2014).

My MFA and More

In 2010 I graduated with an MFA degree in the Writing For Children and Young Adults program at Vermont College of Fine Arts. I’m now represented by agent Erin Murphy, Erin Murphy Literary Agency, and she sold my debut middle grade novel, THE CHARMED CHILDREN OF ROOKSKILL CASTLE to Kendra Levin at Viking (2016). Kendra has also acquired a companion to THE CHARMED CHILDREN, THE ARTIFACT HUNTERS, published in August 2020.

Coming in the summer of 2021, from editor Krista Vitola at Simon and Schuster, my contemporary middle grade CARRY ME HOME.

My first picture book, the non-fiction VOLCANO DREAMS: A STORY OF YELLOWSTONE, is illustrated by Marlo Garnsworthy and published by Web of Life Books (2018).

I live in Montana, surrounded by mountains and in the company of my husband and our rambunctious yellow lab. I hike, garden, knit, travel, sing (yes, I can sing, and thought I was going to go pro at one time), but most of the time you’ll find me doing what I love best: writing.

But hold on…I’ve got one last secret………………While I was a student in the MFA program at Vermont College our class adopted the class name Thunderbadgers, after a Native American legend about the Thunderbadger, Keeper of Stories. In each of my novels I’ve referenced the word “badger” and plan to keep up the tradition. I challenge you to spot the badger! 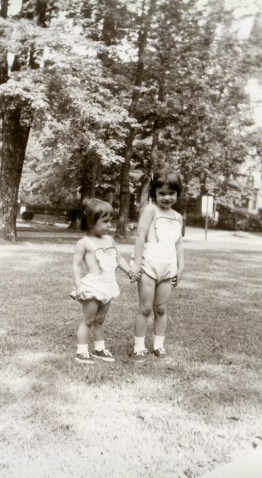 Me with my little sister Mary. 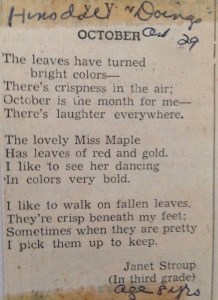 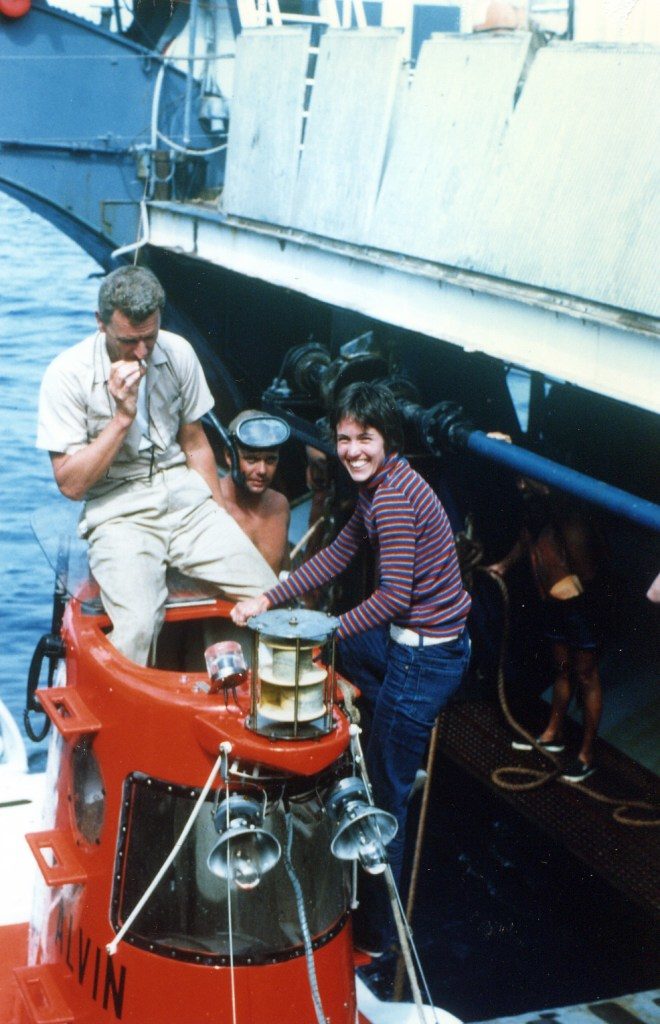 Yes, I dove to the bottom of the sea floor in that tiny submersible. 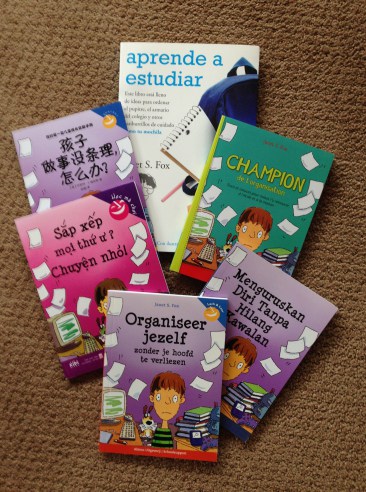 Some of the foreign editions of GET ORGANIZED WITHOUT LOSING IT. 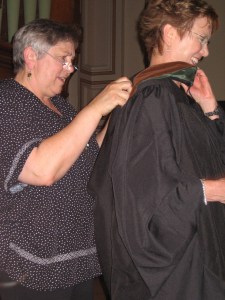 One of my happiest moments – receiving my MFA at Vermont College of Fine Arts.

Here are ten facts about me. Well, almost-facts. Eight of them are true, two of them are false – and those two are things I almost did. See if you can guess which is which! A link to the true-false answers is below, although some truths are buried within…no peeking!