This is the first post in a planned series on aspects of my debut YA novel FAITHFUL. If you haven’t read it, here’s the skinny: In 1904 Margaret Bennet has it all – money, position, and an elegant family home in Newport, Rhode Island. But just as she is to enter society, her mother ruins everything, ﬁrst with public displays, and then by disappearing. Maggie’s confusion and loss are compounded when her father drags her to Yellowstone National Park, where he informs her that they will remain. At ﬁrst Maggie’s only desire is to return to Newport. But the mystical beauty of the Yellowstone landscape, and the presence of young Tom Rowland, a boy unlike the others she has known, conspire to change Maggie from a spoiled girl willing to be constrained by society to a free-thinking and brave young woman living in a romantic landscape at the threshold of a new century.

When I first conceived the idea for FAITHFUL I had the notion of setting the story in Montana. It wasn’t that I was writing about Montana; I was writing about the loss of my own mother through Maggie’s search for her mother. Then my husband made the suggestion that if I was going to write about Montana, why not write about Yellowstone? Maybe even the historical Yellowstone? I liked that idea a lot, and chose 1904 almost out of thin air, because it was the year that the Old Faithful Inn opened, and I love that building, which is much the same today as it was in 1904 (see my later post for more on that).

My research took me into many aspects of the early 20th century, because I wanted to place Maggie in t 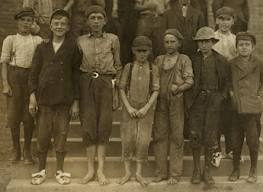 he correct social, political, and economic environment. Here are just a few of the things I uncovered:

Orphan trains: Between 1853 and 1929, roughly 250,000 orphaned or homeless children were relocated to foster families throughout the mid-west and western U.S. While it seemed like a good idea to remove children from 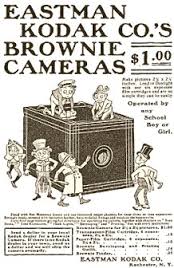 poverty and a life in an eastern city orphanage, many of these children were separated from siblings and placed in homes where they were treated like indentured servants. You can read more about this in Christina Baker Kline’s bestselling ORPHAN TRAIN.

Photography: Photography gained popular ground quickly in the early 20th century and in 1904 Kodak introduced the Brownie, a folding camera that could be used by the amateur. Costing a whopping $1.00, the ads for the camera proclaim “a child can handle the shutter.” 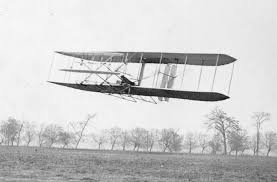 The early 1900s were years of revolutionary change, and the rapidity and magetude of that change would have had a profound impact on a seventeen-year-old girl like Maggie. In future posts, I’ll be examining cross-country travel, clothing, food, Yellowstone itself and the Old Faithful Inn, and more. Next up: westward, ho!