Last week I posted about tension and “death stakes”. This week I’ll broaden the conversation to discuss conflict, in the most general terms.

Once again, I’ll also invoke one of my favorite writers, James Scott Bell, and his craft book CONFLICT AND SUSPENSE. He states that a successful novel is “the emotionally satisfying account of how a character deals with imminent death.” 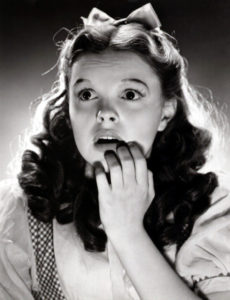 You’ve got a super idea for a story, and identified the death stakes (right?) Once you’ve taken this step, your job is to build the landscape in which you immerse your reader in conflict. How that character deals with the constant threat of death (whether physical, psychological, or professional) creates the emotional connection with your reader.

In my forthcoming middle grade novel, CHATELAINE, my protagonist is Kat, a 12-year old girl caught in the early days of World War 2 (my Lead). She has to be both mother and father to her siblings when they’re sent to a creepy castle in Scotland, while their father goes missing on the Continent (my Objective). She faces a sinister series of events (my Confrontation) before discovering the twist that will give her power over her adversaries (my Knockout ending, and my resolved death stakes.)