Today on the blog I’m delighted to welcome my friend and fellow EMLA author Anna Staniszewski. Born in Poland and raised in the United States, Anna grew up loving stories in both Polish and English. When she’s not writing, Anna spends her time teaching, reading, and eating far too much chocolate. She is the author of the My Very UnFairy Tale Life series, the Dirt Diary series, and the forthcoming Switched at First Kiss series, all published by Sourcebooks, as well as the picture book Power Down, Little Robot, coming from Henry Holt in March.

With all of her accumulated wisdom on series writing, she has some terrific thoughts on how to close out a book series without going crazy. 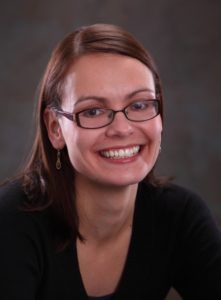 Here’s Anna – but you can also find her at www.annastan.com.

The phrase “wrapping up a series” makes me picture a neat little bundle of books all tied up with a bow. A series feels so pretty and orderly when it’s all finished, but getting it to that point usually takes a good bit of ugly chaos. Since The Gossip File, the final book in my second series, came out last month, I thought I’d share a few techniques that I’ve found helpful in taming the chaos.

I used to be a die-hard pantser, but writing by the seat of your pants doesn’t work very well when you have to write several books that all need to tie together and come to a satisfying conclusion. These days, I write a synopsis for each book that I’m working on, and when it comes to sequels, I make sure that the synopsis for each follow-up book builds on what came before. There’s still a lot of adjusting and rethinking that happens along the way, but at least having that plan in place early on helps keep me pointed in the right direction.

If each book in a series is about the character facing the same challenges, the series is going to feel boring. I make sure to send the character on a distinct emotional and physical journey in every book, each one bringing out a different part of her character so that she’s forced to change and grow in new ways. If she’s battling her fear of failure in every installment, for example, readers are going to start to get a little bored. 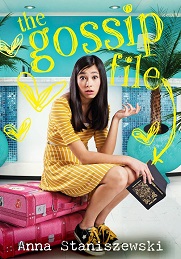 This is related to the previous point: If your character is the exact same person at the beginning of Book 1 as she is at the end of Book 3, that’s a problem (unless the point of the story is that your character doesn’t change). Readers want your characters to be flawed, but they probably don’t want to be yelling “don’t go into that closet!” over and over again. At some point, the character needs to start acting like a better version of herself so that we know she’ll be okay after the series is over.

I started off by talking about wrapping series up in a pretty bow, but I must admit that I prefer stories that don’t tie up absolutely everything. Of course, all the big threads that have been introduced throughout the series should be addressed in some way by the end, but that doesn’t mean everything needs to be picture perfect. Throughout the Dirt Diary series, for example, Rachel struggles with her parents’ divorce. In the third book, I wanted to give that situation some closure, but I also wanted to keep it realistic. Ultimately, I created some hope for the future, but I also tried to make it clear to the reader that because Rachel has evolved as a character, she’ll be okay no matter what happens next.

4 Responses to “Guest Post: Anna Staniszewski On Wrapping Up a Series”