I was having a conversation with some fellow book coaches recently when one of them described a client who was struggling. But the struggle wasn’t with plot or character or voice. It was with the idea that writing is a slow process, taking as long as it needs to take and sometimes a lot longer than we writers would like.

This writer thought it was time to hurry-the-heck-up, already.

So I thought it might be instructive to give you a couple of answers to my titular question.

How Long Is Long?

Here’s the example for my middle grade novel THE CHARMED CHILDREN OF ROOKSKILL CASTLE. 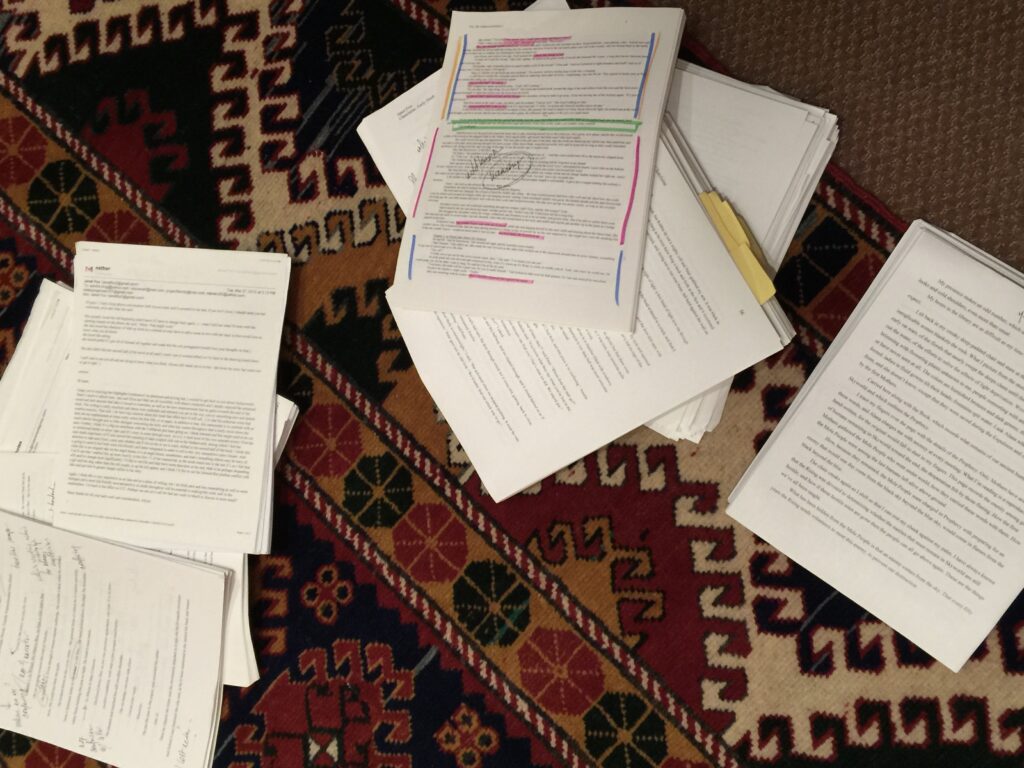 That’s a lot of drafts.

How Short Is Short?

Some books take longer, some take shorter. For example, the book I’m writing right now has been in my head and my working life since the fall of 2010. That’s 12 years, and I may (may, mind you) now have a “final” draft. I didn’t bother to count the number of drafts because it clearly is well over 60. And FYI: I actually sold this book in an earlier form to Kendra, but it fell apart and we had to abandon the novel. Notice that I have not abandoned it – the idea won’t leave me alone. So, I’ve kept revising.

On the other hand, my most recent book, CARRY ME HOME, took almost no time for me to write. I wrote the first draft in August 2019, and I logged 4 drafts. It sold in December 2019 to Krista Vitola at Simon Kids, and we had the final copyedits finished by summer 2020. The book published in August 2021.

That’s only two years from idea to publication, and with fewer than 10 drafts/revisions/edits.

BUT…………I’d been thinking about the idea behind CARRY ME HOME for at least 5 years before I sat down to write. I was carrying the concept of a homeless family around in my head and didn’t write it until I knew how to express what I was feeling about it.

So really, instead of taking a month to write, the book took me 5 years to write. Just many fewer revisions, fewer drafts than usual.

Add to that, CARRY ME HOME is a relatively short contemporary story. THE CHARMED CHILDREN OF ROOKSKILL CASTLE, and my work in progress are both long fantasies with complicated plots.

Writing a book takes as long as it takes. Let yourself be inspired and don’t think you will do it all at once. It will take months. More likely it will take years. And even when you think you’re done, you’re almost always not.

A book coach can help you see your way through, and a good book coach will not tell you your book is ready to submit until it is.