I thought I’d write about the question of “head-hopping” because I see it often in less experienced writers. Head-hopping is moving in a narrative, without breaks, from one character’s point of view into another.

Head-hopping is to be avoided.

In a word, it’s confusing. Especially in books written for young readers. 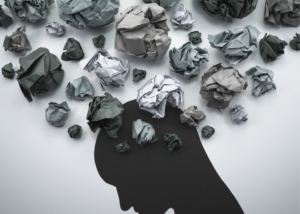 If you do choose to write in multiple POVs, use a chapter or section break to indicate the change in POV. In books for young readers it’s best to label the chapter or section so that readers can follow the narrative without pausing.

Because pausing while reading is an invitation to put the book aside. Ugh.

What About More Than One Protagonist?

Nope. A story can only have one protagonist. Yes, this is a rule.

However, you can write from multiple POVs, including the antagonist’s – you just have to know who your protagonist is and know that the arc of the story is hers alone. The protagonist carries the burden of change, of having external and internal conflicts, etc.

How To Avoid Head-hopping

When writing from, say, a third person POV with another character in scene, double check that you haven’t suddenly moved from one to the next. That your reader is seeing things only through the eyes of the character carrying that scene.

It’s that simple, but also that hard, and awareness of the issue is key to avoiding the problem.

For more on POV read my detailed post here. Questions??

P.S. For an example of incredibly crafted point of view I highly recommend N.K. Jemisin’s The Fifth Season (but only for adults).