Today in the news: I heard an interesting report about a gene editing technique that has allowed scientists to alter retinal cells in nearly blind volunteers, with the hope that those altered cells will reverse the genetically induced blindness.

Like you are probably thinking now, I thought, wow. Cool. A little freaky, but cool.

A few weeks ago I had my second Pfizer vaccine jab for Covid-19, which uses an mRNA gene to create antibodies to the virus, and has been shown to be over 90% effective in preventing the disease.

Gene altering technology is both fascinating and frightening, especially if you have an active imagination. At its best, this technology could reduce or eliminate genetically and environmentally induced illnesses. At its worst, we can imagine using gene editing for socially destructive purposes (eliminating “certain types” of genes that are “undesirable”, for example.) 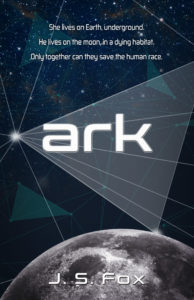 Several years ago I wrote a YA science fiction novel about using nanotechnology to serve a similar purpose. It was super fun to write, and I decided to simply launch it on Amazon myself, since it was slightly out of my usual genre. You can find it here. While nanotech and mRNA tech are quite different, they both operate at microscopic levels. We can’t see it with the naked eye; could it be safe?

The thing is, we humans can imagine both the worst and the best outcomes of scientific breakthroughs, because we’ve seen other humans act at both extremes. But as a former scientist, married to a scientist, I truly believe that science used responsibly will save us. Take the Covid vaccine as an example, and its mRNA technology.

From an article in The Atlantic: “For more than 40 years, synthetic RNA couldn’t do anything useful. In 1978, Katalin Karikó was a young scientist at the Biological Research Centre in Szeged, Hungary, when she started working on the idea that it could.” Now that technology may be used to treat malaria, cancer, and multiple sclerosis, in addition to producing a life-saving vaccine against the SARS-Co-V2.

Have fun reading my dystopian novel – a pure product of imagination – while celebrating the genius of real-life science used responsibly. And let me know what you think!