Plot. It can drive you crazy, especially if you’re a new writer. How many different ways are there to represent plot? Are there plot devices you can lean on every time?

Do you Save The Cat? Or do you take The Hero’s Journey? Do you Write From the Middle? Or do you listen to The Plot Whisperer?

I love all of the books above – seriously – and would recommend them to anyone wanting more on crafting plot. But this series is for short, quick tips so here are two hot tips I recommend incorporating into your toolbox. 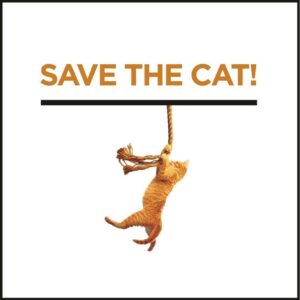 Where To Put Those Pesky Flashbacks

Inevitably, you will need to recall something in your character’s past in order to help the reader understand where that character is coming from. You’ll want to put something in flashback form: a memory, a short scene, an ah-ha moment of recognition. Stephen King maintains that there should be no flashbacks before chapter 3. I think he’s (mainly) right. (Note: I have broken this rule, but not before I’d written four published novels.)

Leave the backstory flashbacks for later in the story. Try to weave them into the story as seamlessly as you can. Something relevant should trigger the flashback – an image, a feeling – because the emotional content of the flashback must be the reason to include it.

In THE ARTIFACT HUNTERS, Isaac escaped from Nazi-occupied Prague to end up in Scotland. The reader knows he feels guilty about leaving his parents behind, and that he wants to be a hero but doesn’t know if he can be one. Not until well into the book is the real reason for his fears revealed. And it’s revealed as a moment of great guilt and pain – a memory he wishes he could erase, an action he wishes he could reverse. This technique adds to the story’s mystery and allowed me to develop the emotional aspects of Isaac’s character.

The Rounding of the Story Arc

Don’t forget that a character’s internal desire – what he or she needs to “learn” or understand – must be clarified and resolved before the story’s end. The climactic scene is the place for this satisfying resolve.

Kat, in THE CHARMED CHILDREN OF ROOKSKILL CASTLE, reveals her growth when she defeats the antagonist by understanding her weakness (and how it relates to Kat’s own faults), and Isaac in THE ARTIFACT HUNTERS defeats his antagonist with his recognition of the strength of friendship.

I hope you’re enjoying this series, as the days grow longer!