In the last post I talked about the United Kingdom during the Blitz. In this post, I’ll talk about other influences on the content of The Charmed Children of Rookskill Castle. For example, a short-wave radio plays a major role:

When Father brought a short-wave wireless home a couple of weeks before leaving, he’d shown it only to Kat. “Here, Kitty. Have a look. I knew you’d be interested. Just keep it under your hat.” 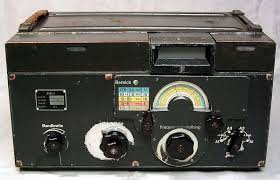 During World War 2, clandestine stations broadcast news from the Allies into Nazi-controlled Europe, and those stations could be accessed through short-wave radios which access transmissions by way of skip (off the Earth’s ionosphere) propagation. Long-distance communication using shortwave frequencies is often the recourse of governments or individuals seeking to transmit to foreign nations because it’s difficult to censor. I imagined what might happen if a short-wave radio was part of a spy’s tool kit in Rookskill Castle. 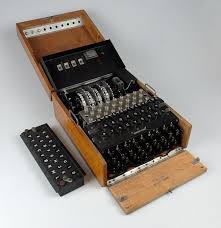 Another physical war-related item that appears in The Charmed Children of Rookskill Castle is an enigma machine. Some models look a bit like a weird typewriter. They use rotors attached to the letters of the alphabet in several combinations in order to form encrypted information that can be transmitted. Enigma codes used mathematical cyphers as a product of permutations which made them especially hard to decode. The Germans used enigma machines with great success until code breakers were able to find the correct cyphers. 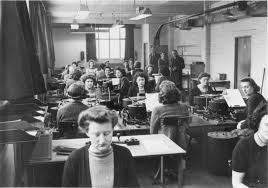 One of my inspirations for Kat was the number of young women who worked at the UK Government Code and Cypher School at Bletchley Park. You may be familiar with the work of Alan Turing through the movie The Imitation Game, but some 80% of the personnel who spent time deciphering code were women. They were not permitted to discuss the nature of their work, even after the war, yet without them the enigma codes would not have been broken.

The British were constantly monitoring the coastlines during the war, concerned that a German submarine, or U-boat, would allow for a landing and invasion, even if by a small company of spies. Abandoned fortifications remain along the coasts today. 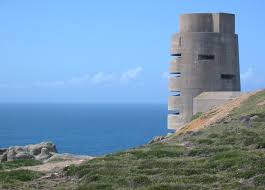 I had a great deal of fun weaving these war-related details into the spooky mystery around Rookskill Castle. In my next post, I’ll talk about how clocks play a role in the story.

In my next post, how clocks play a role in the story and in my life.