Last time we had a look at spiritualism. Now it’s time for…

Jazz was a big part of the scene in the 1920s, especially in New York City. In SIRENS Jo Winter falls for sweet jazz musician Charlie, who moonlights as a waiter at the Algonquin Hotel. The music revolution of “the Jazz Age” is a backdrop to the Roaring Twenties and the novel.

By 1920 jazz as a musical form had already been developing for some time in the tenderloin district of New Orleans. Born as a hybrid of slave blues, West Indies calypso, ragtime, Negro spirituals, and marching brass bands, jazz was picked up by talented young artists like Fats Waller and Louis Armstrong, Duke Ellington, Bessie Smith and Jelly Roll Morton, and transported to Al Capone’s Chicago.

Jazz infused an i 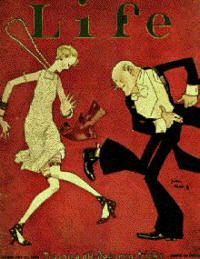 ntense energy into the music scene; artists like Armstrong had no professional training but learned to play by ear, and improvised and collaborated with other artists. This spontaneity and creativity, and the fact that many of the talents were black, lent jazz a Bohemian aspect.

Capone owned many Chicago speakeasy clubs and he enthusiastically attended performances by these jazz musicians, supporting them financially. Jazz spread as artists picked it up and writers and poets (like Langston Hughes) found rhythm to underscore their work, and New York’s underground nightclubs – especially those up in Harlem – became renowned havens of music patrons.

Dances like the Cakewalk, Black Bottom, the Monkey Glide, and, of course, the Charleston were considered decadent and sensational – which therefore made them wildly appealin 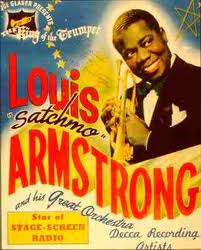 g to the young white crowd that frequented the clubs. The exoticism of cavorting in a club where the musicians were black made for an even edgier appeal. Jazz was a symbol of creativity and freedom in a decade when both were emerging from the repressive decades of wartime and Victorian propriety.

Radio and the phonograph were central to bringing jazz from nightclubs into every home, but especially in the big cities. In New York one could find a radio station broadcasting black musicians playing jazz – rare in other parts of the country.

Pictorial depictions of flappers and swells dancing the Charleston were popular covers on magazines and further served to spread the influence of the dances and the music.

Langston Hughes wrote, “The rhythm of life/is a jazz rhythm/Honey,” and his words epitomized his time.

In my last post, we’ll look at one of the defining influences on the 1920s.