Lately I’ve been giving a lot of thought to what motivates a protagonist to action. Lisa Cron, in her terrific craft book STORY GENIUS, describes what she calls the character’s “misbelief” – a belief that has been the source of much agony for the character. Others refer to this characteristic as a “back-story wound”, or a “fatal flaw”, but I love the idea of a misbelief that results from perhaps a single defining moment in someone’s past.

I love it primarily because it answers the question, “Why did you do that? Why do you feel that?”

And it can stem from something startlingly simple and innocent.

Today I heard a story on NPR that, in my opinion, describes a perfect, quietly tragic moment that I imagine resulted in a terrible, defining misbelief. 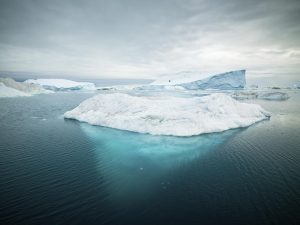 The story (you can read it in its entirety here) was told by 94-year-old oncologist Joseph Linsk. When he was a young boy, running across the playground, his arms flailing, he knocked the eyeglasses off a classmate, and the glasses broke. The classmate burst into tears and said that it would cost two dollars to repair them, and where could he get two dollars? He was going to tell his father, and get Joseph into real trouble.

Joseph had no idea where he’d get two dollars either, but he was scared to death that the other boy’s father would call his parents.

At the time, his mother had a housekeeper named Pearl, who earned two dollars a week. Joseph saw the two dollars waiting for Pearl at the end of the day, and he took them from the counter, gave them to his teacher, and settled the matter of the glasses.

What wasn’t settled was the matter of Pearl. When she asked where her two dollars had gone, Joseph’s mother accused Pearl of lying, of taking and hiding the money herself, and fired her on the spot, leaving her, a mother, jobless.

Joseph hid the story from everyone for 80 years.

Now imagine the guilt Joseph lived with. His shame. His knowledge that perhaps Pearl’s children went hungry that week and for a long time after. His awareness that Pearl, branded a thief, was unable to get another job without a good referral. What would that guilt and shame have done to Joseph? What decisions did he make throughout his life that reflected his sickening memory? Did he stand up for himself in tough times, or did he cower? Did he try to make up for his transgression by becoming selfless, or did he toughen against those in need?

The fact that he became an oncologist may answer some of these questions, but the deeper issue raises new ones. And if I were writing his story, I’d be asking them. Because that incident, recited in a halting voice brimming with emotion, clearly colored who he became.

And where did this terrible, life-long, tragic feeling begin?

A child ran across a playground.