Last time: the magic of Scotland. This week – a little bit about Scots words.

I didn’t use many Scots dialect words in The Charmed Children of Rookskill Castle. Using dialect is tricky. Too much and people get turned off. Too little and the story doesn’t sound authentic. 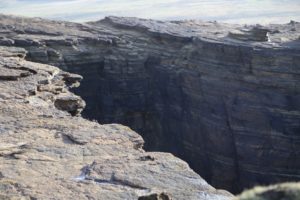 Words I did choose to use include ken (to know), bairn (child), and laird (landowner). When I named the castle Rookskill, it was to suggest death (with the word kill), but also because in Scotland a kill is a kiln-shaped chasm in the rocks, linked to the sea by a tunnel, and Rookskill is near the sea.

Rooks are birds of the crow family. But you wouldn’t want to run into a bogle (a specter) or a kelpie (water demon). 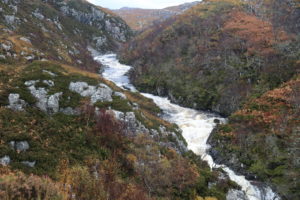 A burn in the Scottish Highlands

Scotland is characterized by many fast-running streams and so has many words for running water: burn (stream), cleugh (a gorge that is the course of a stream), glen (a hollow traversed by a stream), grain (tributary), pow (slow-moving stream), stank (pond), syke (small stream)…I could go on. 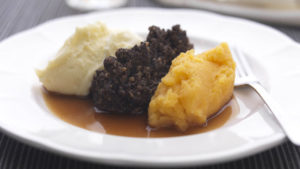 And, of course, perhaps the most well-known of Scots poets is Robbie Burns. Burns is beloved by Scots, and every January 25th, his birthday is celebrated in Scotland and the world over by a Burns Supper, at which a traditional Scottish meal of haggis (a savory dish of sheep innards), tatties (potatoes), and neeps (turnips) is served and the bard’s words are recited, culminating with his most famous:

And there’s a hand, my trusty fiere!

Next time – all about Lady Macbeth.

One Response to “Scots Words”