“Four men straddled the road, barring our way. They wore scarves that covered their faces except for their eyes; they carried what looked like long sticks. I shook, trying to clear my head of confusion. Four horses, tied to a nearby tree, whinnied anxiously. Then I realized that the men were carrying rifles, not sticks, and the rifles were pointed at the carriage.” Pages 176-177, FAITHFUL 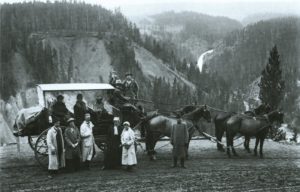 Previously, I gave you a look at some of Yellowstone’s tourist attractions. This is the wilder side of the West.

As recently as the early twentieth century, highway robberies took place in parts of the western United States, including Yellowstone National Park. A number of robberies took place on coaches making their way on the Grand Tour (for more on the Tour, see this post.) Passengers were relieved at gunpoint of their money and valuables: watches and jewelry.

The last of these robberies – possibly the last in the continental U.S. – occurred only 100 years ago, in July, 1915. One of the victims, far from being frightened, found it so exciting that he claimed, “It was the best $50 I ever spent.” 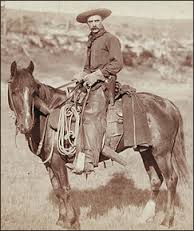 Animals, of course, were and are one of the chief attractions of Yellowstone. In the early days of Park tourism the unfortunate decision was made to feed the bears nightly by hauling garbage out behind the hotels. This practice became such a draw, but also such a problem, that by the 1930s feeding was restricted to the Canyon area, where a seating platform was erected behind a chain link fence. Tourists would watch fifty or more bears congregate – many of them grizzlies. Bears became so habituated that they would beg by the side of the road for handouts from passing cars. This practice was banned in the 1950s when the consequences (bears breaking into campsites with the result that “a fed bear is a dead bear”) became clear. 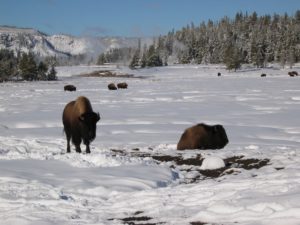 Buffalo, or American bison, once numbered in the tens of millions in the western U.S. By 1884 there were only 325 animals, 25 of which lived in Yellowstone. In Yellowstone, because bison numbers were so small at the turn of the last century, the animals were held in pens, one near Mammoth and one on Dot Island in the Lake. Poaching in the Park at that time had become a serious threat to these animals. The near extinction of bison was halted in the nick of time, and small numbers of the animals held by individuals were bred until the bison herd held on public lands today numbers about 25,000, and many more are privately owned in ranches and on reservations. 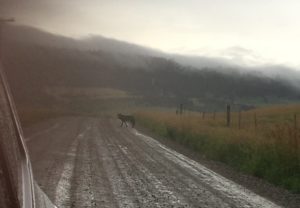 A wolf I photographed in Montana

Wolves in the western U.S. were also driven to near-extinction, but they were never so popular as bison, and were hunted out of Yellowstone such that by 1912 it was reported they were effectively gone. Wolves are canny creatures, however, and it’s likely they never disappeared entirely. Wolves were reintroduced in a managed fashion into the Yellowstone ecosystem in 1995. I’ve seen and heard wolves in the years since and they are beautiful and intimidating and are an important part of the landscape.

The West was – and remains – wild. Next up: geysers, hot springs, mud pots – evidence of a volcano.

2 Responses to “The Wild, Wild West”