My previous post sets the stage for my novel, FORGIVEN.

In FORGIVEN, Kula’s first experience of San Francisco is most unfortunate, as she is abandoned by a thief in the heart of the Barbary Coast. She’s lucky to have landed there in the light of day, for this was not a place safe for proper young ladies. She makes her way out of that neighborhood only to wander into Chinatown. 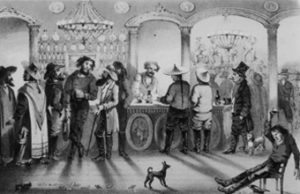 lost, those with addictions to tobacco, alcohol, or gambling, and those down and out – when they landed in San Francisco at the turn of the last century, they usually ended up in what was called the Barbary Coast. Dancehalls and “deadfalls” – saloons – lined the streets, and everything, including humans, was for sale.

Originally named for a coastal area of Africa renowned for piracy, San Francisco’s Barbary Coast was not a place in which to lose your wits. In the mid-1800s, g 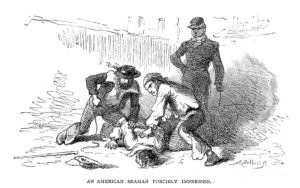 angs operated throughout the area, waiting for any helpless man (read, drunk and passed-out) who could be sold into virtual slavery. The unfortunate sailor would be headed for a “Shanghai voyage”, and later this practice of impressment, for wherever the ship was bound, was called “being shanghaied.” Men were shanghaied for more than fifty years before it was outlawed. 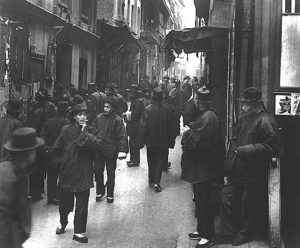 Chinatown was born when Chinese immigrants gathered in a San Francisco settlement some seven blocks long and three blocks wide. In the late 1800s estimates put the Chinese population of San Francisco at 45,000, almost all living within the confines of Chinatown. Despite persecution at various times, Chinese immigrants living in Chinatown were allowed to own property. Chinese workers found jobs with the growing railroad industry and in all manner of support services throughout San Francisco, including the famous Chinese laundry.

One terrible side effect of the seaport nature of San Francisco and thus its transient population was the trade in slaves. Girls as young as eight were shipped from China – often under false pretenses – and then sold into slavery upon arrival in San Francisco. Known as “sing-song girls”, these prostitutes were housed in wooden cages or “cribs” with little food, almost no clothing, and no medical attention. Their lives were short and brutal.

As a result of my research and discovery of the human trafficking that was rampant in San Francisco in 1906, and that still exists in parts of the world, a portion of my proceeds from the sale of FORGIVEN is donated to The National Center For Missing and Exploited Children. http://www.missingkids.com/home

At the opposite end of the spectrum, San Francisco was home to some of the wealthiest Americans. More about that next.

4 Responses to “San Francisco: The Barbary Coast and Chinatown”