It’s book launch day for my sweet friend Joy Preble‘s latest book FINDING PARIS. This promises to be one heck of a fabulous read. School Library Journal said, “An intricate guessing game of sisterly devotion, romance, and quiet desperation.” I invited Joy to write a guest post, and she has written something wonderful: 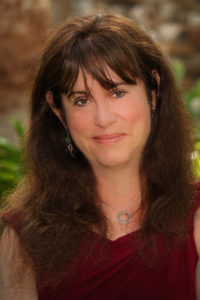 I had no idea there was a secret of this magnitude hiding underneath the surface of my mother’s side of our family. In retrospect, I think it probably explains many things, including the intense closeness of my mother and her two sisters, this ‘us against the world’ sort of thing that seemed more layered than just sisterly affection. Still. My family was, well, my family. That’s how it was. I didn’t know any different.

People are like this, I think. We don’t always show the truth of what’s going on with us. And we’re often pretty clueless when it comes to noting it in others, even—or maybe especially, with the people we love most. “He seemed so happy,” we’ll say when someone goes horribly off the rails. “I never saw it coming.” Or “She never told me.”

In my FINDING PARIS (Balzer and Bray/Harper Collins), sisters Leo and Paris Hollings have always had just each other to rely on. Their mother has hopped from place to place, job to job, guy to guy, leaving them mostly to their own devices. “Take care of your sister,” she’s always told Leo. Leo’s the youngest, but she’s the smart on 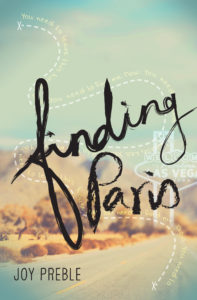 e. The logical one. The one with plans. And so when Paris goes missing one night in Vegas where they live, leaving behind a string of increasingly upsetting clues, Leo finds herself on a scavenger hunt/road trip she never asked for. She finds herself taking help from a boy named Max even though Leo is not one to ask for help and certainly not one to ask for help from boys she doesn’t know. Is Paris in trouble, really? Is she just screwing with Leo for reasons unknown? Or is the situation more subtle than that? I wanted to explore those moments when we’re pushed to the wall and still aren’t quite sure what to do, where our blind spots for those we love, keep us from seeing –or facing—the truth.

Sometimes, I think, we can’t find our way until we’re forced to figure it out.

How far will Leo and Paris go to protect each other? And who is it, exactly, that needs saving? The answers come in FINDING PARIS, a family drama wrapped in a mystery, with a road trip center and a bit of romance.

Order FINDING PARIS here, and you can find more about Joy and her many wonderful books here.